1. After independence, Defence Services Regulations were formulated as directives for functioning of all the three Services viz the Army, Air Force and Navy. These regulations contained rules to regulate administrative as well as legal matters. Subsequently, Army Act 1950, Air Force Act 1950 and Navy Act 1957came into force which amongst other legal provisions, delineated procedure for submission of statutory complaints against grievances relating to service matters and pre and post confirmation petitions to various authorities against the findings and sentence of court martial. 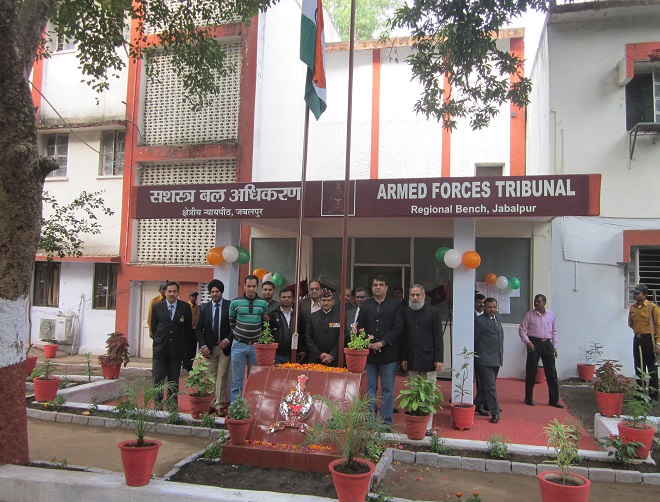 2. Having regard to the fact that a large number of cases relating to service matters of the members of the three Services have been pending in the courts for quite a long time, the question of constituting an independent adjudicatory forum for the Armed Forces personnel had been engaging the attention of the Central Government for quite some time. In 1982, the Supreme Court in Lt. Col. Prithi Pal Singh Bedi vs Union of India, AIR 1982 SC 1413, held that the absence of even one appeal with power to review evidence, legal formulation, conclusion and adequacy or otherwise of punishment in the laws relating to the Armed Forces was a distressing and glaring lacuna and urged the Government to take steps to provide at least one judicial review in service matters. The Estimates Committee of the Parliament in their 19th Report presented in the Lok Sabha on 20th August 1992, had recommended that the Government should constitute an independent statutory board or Tribunal for the service personnel.

3. The Armed Forces Tribunal Bill having been passed by both the Houses of Parliament received the assent of the President on 20th December 2007. It came on the Statute Book as THE ARMED FORCES TRIBUNAL ACT, 2007 (55 of 2007). The said Act came into force on 15th June 2008, vide Government of India Gazette Notification No S.R.O. 14(E) dated 13th June 2008. The Armed Forces Tribunal has its Principal Bench at New Delhi and ten Regional Benches spread across the country. The Tribunal has 17 Benches (courts) in all with three Benches each at Principal Bench New Delhi, Chandigarh and Lucknow and one each at Jaipur, Mumbai, Kolkata, Guwahati, Chennai, Kochi Srinagar at Jammu and Jabalpur. Her Excellency Smt. Pratibha Devi Patil, the President of India inaugurated the Principal Bench of the Tribunal at New Delhi on 8th August 2009. 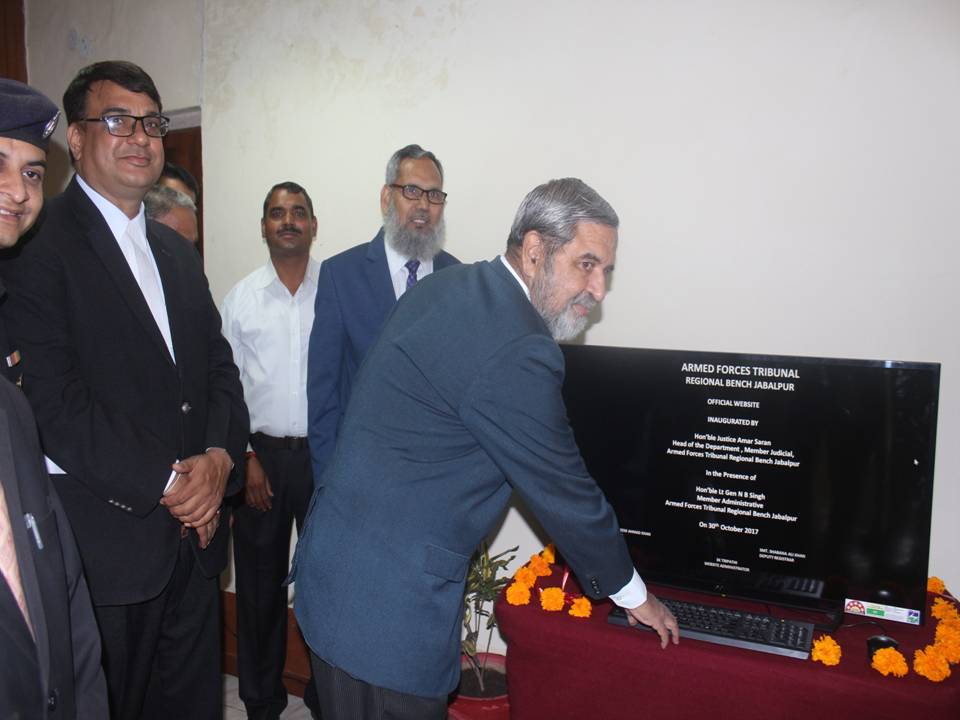 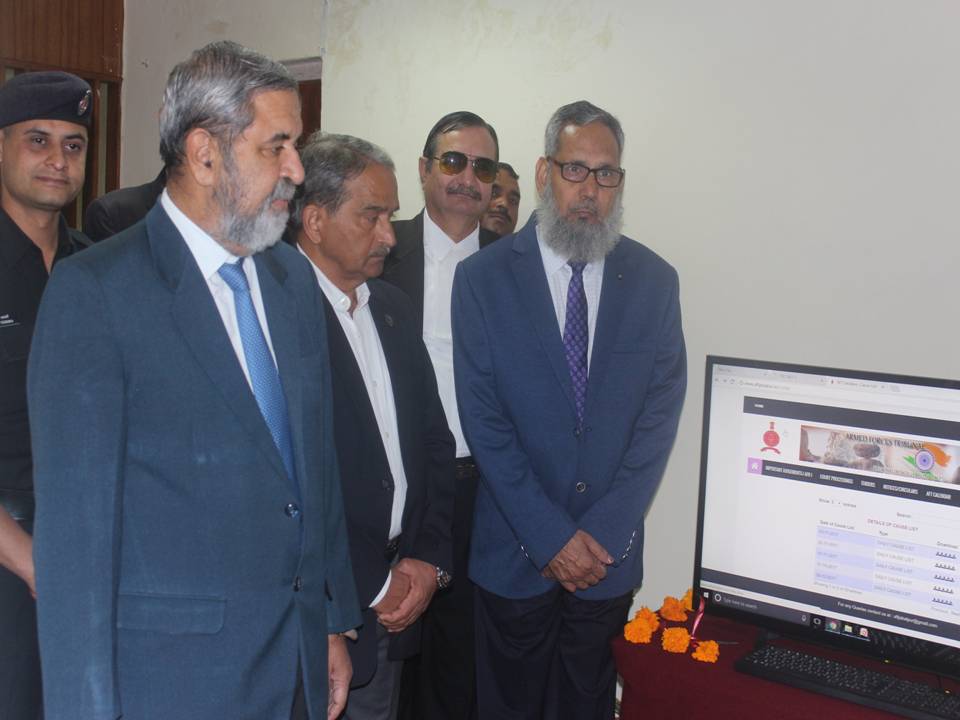 7. The immediate challenge for the Members assisted by the Registrar was to hasten the establishment and functioning of Bench in the building temporarily provided by the Army authorities for housing the Regional Bench, at 106, Bhagat Marg, Old Chief Engineer’s Office, Near Sadar Bazar, Jabalpur Cantt as the building Nos T-57, T-59 and T-106/4 at Ridge Road Jabalpur Cantt earmarked for permanent setting up of Armed Forces Tribunal at Jabalpur require major/ special repairs. The temporarily accommodation of 106, Bhagat Marg, Old Chief Engineer’s Office, Jabalpur cant was carried out for minor repairs which took 2-3 month time. During that period meeting of Members and Registrar, Deputy Registrar with concerned authorities were taking place in a conference room provided by Station Workshop, EME at Jabalpur Cantt.

9. After joint inspection of the Building Nos T-57, T-59 and T-106/4 at Ridge Road Jabalpur Cantt done by the Members and Registrar of Armed Forces Tribunal, Regional Bench Jabalpur as well as authorities of HQ MB Area and Garrison Engineer (East) Jabalpur Cantt it was observed that the buildings are almost in a dilapidated condition which required special repairs. A fresh AE was prepared and has been submitted to HQ MB Area (Q Branch) for necessary sanction. After sanction of budget by the Govt of India Special works will be carried out by the MES authorities. Then the Armed Forces Tribunal, Regional Bench Jabalpur shall be shifted to its permanent location at T-57, T-59 and T-106/4 Ridge Road Jabalpur Cantt.